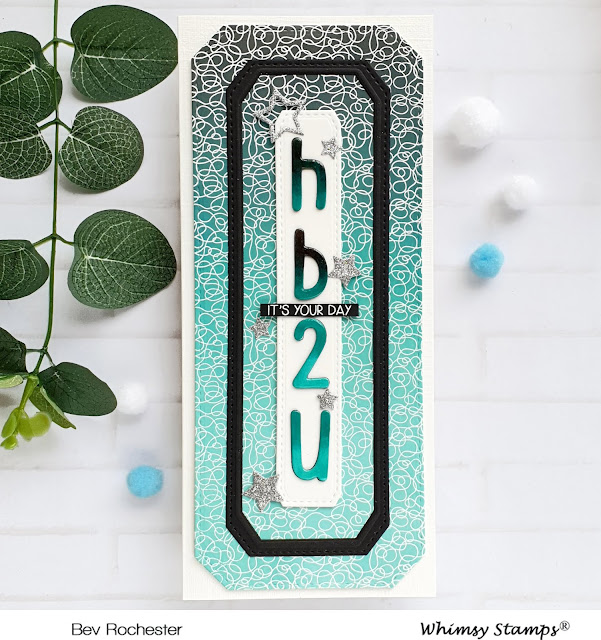 I've been meaning to use the new Salvaged Patina inks for a while and not got round to doing so.  I needed a birthday card for my grandson who turned 16 and this card happened.

I inked up a panel of Bristol Smooth card stock with Distress Oxides in Salvaged Patina, Peacock Feathers and Black Soot and allowed it to dry before heat embossing the fab-u-las new Slimline Scribbles background stamp, then die cutting it with the Slimline Cornered Rectangles die set.  I also cut a black frame and white panel to pop the HB2U on from the same set.

I coloured a piece of copic friendly cardstock with copic markers to match the ombre look of the background then die cut out the HB2U using the Cutie ABC Die Set and Cutie Numbers Die Set.  I LOVE this font! I finished off with a sentiment from the Simple Sentiment Strips Clear Stamps. and a few die cut stars, because I had to have a tiny bit of bling.

I really struggle with masculine cards but will be using this idea again I think. 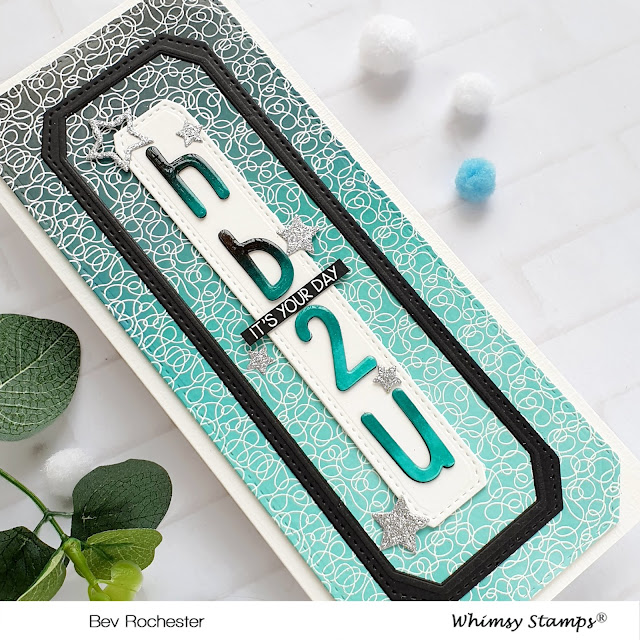