Here's the first card I've made with the new release that's out on 3rd January - these stamps are by Alison Acton and once again are fabulous and fun!! There is a release party on the 3rd of January on the Whiff of Joy group on Papercraft Planet, hope to see you all there.

The sentiments that go with this release are fabulous, although due to the holidays the mail has been delayed and I am still awaiting the sentiment stamps but Katharina kindly let us have a sneak peek, so had to settle with using a SU sentiment instead. 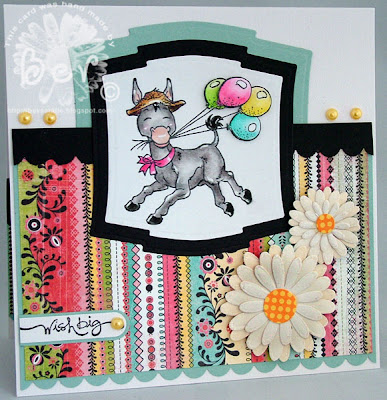 I've followed this weeks Mojo Monday sketch, another FAB sketch by Julee - love love love her sketches especially when the sketch calls for some white to show. I think it gives such a fresh look to the finished card. This card also qualifies for the Secret Crafter challenge which is paper piecing. I've stamped the balloons twice and raised them on sticky foam to 3d them. 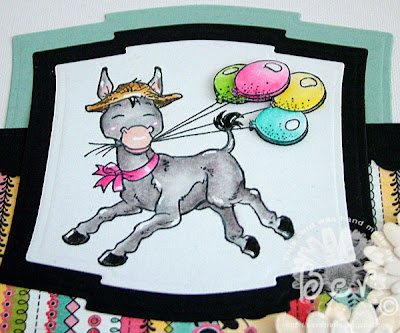 I've carried the theme through to the inside of the card, even managed to use the aqua off-cut nestie to stamp the sentment on. 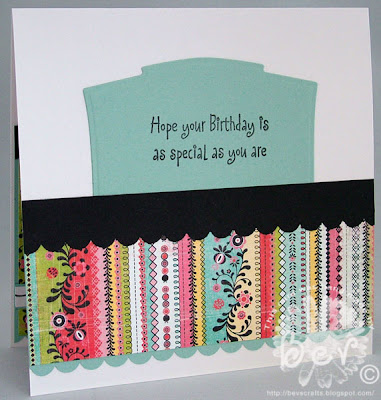 The last bit of DP I used on the back to finish the card off. 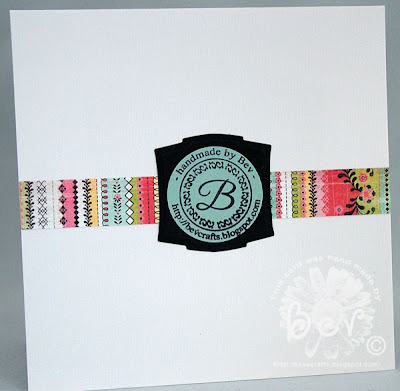 
I've started making two cards together using the same papers, layout and embellies and changing the image, this way I'm getting an awful lot more done. So when I did the Birdies card I did this one at the same time, and used a Magnolia image which I cut out and raised on sticky foam. When I first saw the Ismaki sketch I balked a bit, was so unsure how I was going to use it but must say it's a fab sketch and I know I'll use it again. (I liked it so much I did it twice lol) 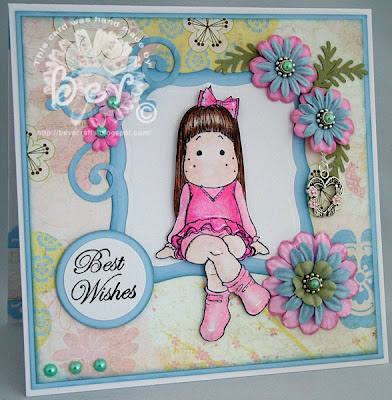 The sentiments on front and inside are both See D's - I forgot I even had these and found them last night when I was huntiing for something else. You know when you buy these things then put them away for a few years .. yeah? Well that's me - I'm shocking for doing this!! I also found my Fiskars border punches that I've not used for ages and ages so had a play with this heart border punch, it's so pretty! 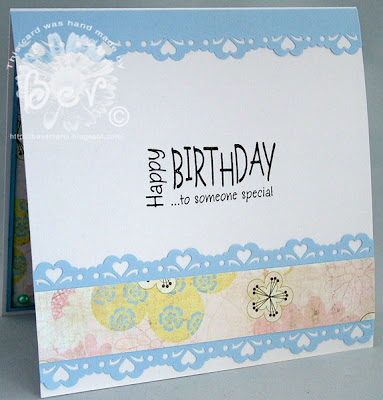